Urban Studies at the University of Basel starts from the premise that the world’s most pressing urban and environmental challenges call not only for new ways of doing but for new ways of thinking. Imagining alternative futures means rethinking the present and the past. Instead of seeking to solve problems as they appear, we interrogate their historical making, their political unfolding, and the ways in which they are represented. We do so by approaching scientific expertise, intellectual constructs, and professional practices through the study of lived experience, in all its complexity and contradictions. 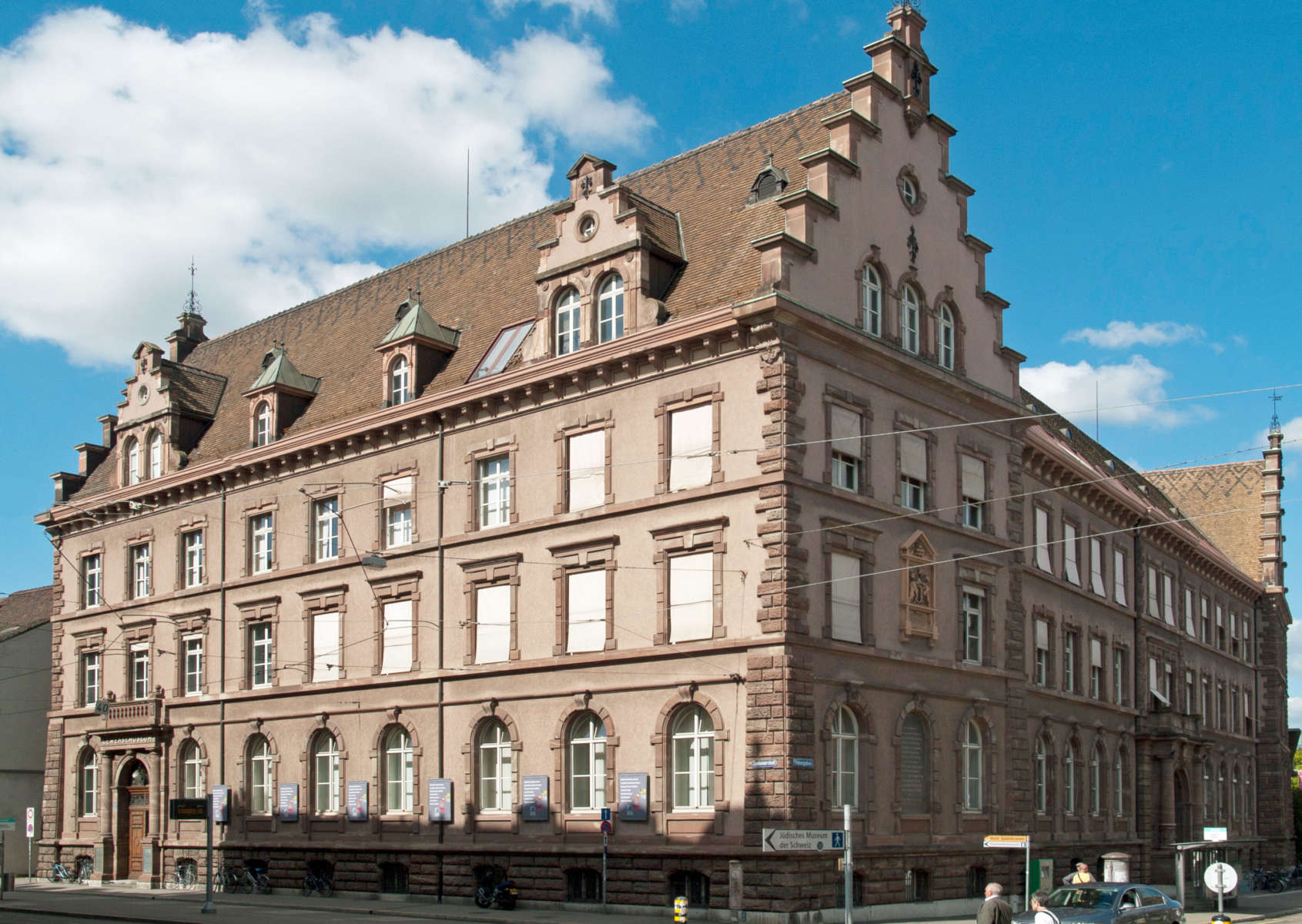 Established in 2016, Urban Studies at the University of Basel builds on approaches rooted in geography, architecture, and history, and with perspectives from critical heritage, postcolonial studies, political science, and anthropology. Our research has developed through collaborative interdisciplinary research, in collaboration with the African Centre for Cities at the University of Cape Town. Speaking from a regional focus on Africa, Europe, and the Middle East, our research and teaching explore the contradictory ways of knowing that shape cities, territories and built spaces.

A key anchor of our research is a focus on the two field tracks titled Southern Urbanisms and Urbanism Across Geographies:

Southern Urbanisms is inspired by the complex and rapidly changing realities of Southern cities worldwide. In this context, Laura Nkula-Wenz works on the nexus of cultural production and urban change in Southern African cities, focusing on the transformation of urban governance and the construction of local political agency through international accolades, urban experimentation and interurban knowledge networks.

The Urbanism Across Geographies track examines the urban present from a local context, while seeking to make broader connections across the dividing borders. In examining the tensions that link local practices and realities with global structures, it pays particular attention to the historical colonial and imperial legacies, and trans-local processes that cross the imagined ‘Global North’ and ‘Global South’ divide. Shourideh C. Molavi's research works from Israel/Palestine to examine topics of decolonial border practices, citizenship and statelessness, with an emphasis on the relationship between the law, violence and power.

Our work on the relationship between housing and the state stretches across Southern and Northern cities, foregrounding how the materiality of home making and the multiple forms of housing expertise shapes inhabitant contestation as well as state transformation. Focusing on the banlieues, Kenny Cupers explores how dwelling serves an object of modernization, an everyday site of contestation, and a domain of expertise. His work on French and other geographies examines the role of housing and architecture in neoliberal transformation. Sophie Oldfield and Anna Selmeczi adopt a collaborative research approach, built with partners engaged in a mix of Cape Town-based debates, struggles and practices around housing and land access. Projects – regularly involving our Masters students as active participants in the research process – track state-funded housing initiatives and how they produce uncertainty for ordinary residents that aspire to, and become, homeowners.

Another cluster of research focuses on (post)colonial infrastructure and how built heritage shapes political and urban geographies. Jon Schubert analyses how recently revamped colonial economic architecture in the Angolan port town of Lobito reverberates in people’s lives in a time of economic crisis. Ernest Sewordor’s dissertation studies the historical connections between imagined aspirations and colonial infrastructures in the production of mining landscapes in Ghana. Giulia Scotto’s dissertation examines postcolonial questions of logistics, mapping how the infrastructural, architectural and propagandistic operations of the Italian national hydrocarbon agency ENI shaped postcolonial urbanization in Tanzania. Focusing on the Addis Ababa-Nairobi Corridor, Thomas Betschart’s dissertation asks how transportation infrastructure transforms volatile geo-political conditions in the context of rapid urbanization in Ethiopia. Together, these projects comprise the SNF-funded project How infrastructure shapes territory in Africa, led by Kenny Cupers. Saad Amira’s dissertation employs the concept of 'slow violence ' in Palestine to explore the role of nature as a fundamental dimension of Israeli settlers’ colonial paradigm. Dr. Emilio Distretti’s research projects take on interrelated avenues on architectural and infrastructural heritage, Italian fascist colonialism and its legacies, and overall on the question of a ‘colonial continuities’ in postcolonial politics in the Mediterranean world and East Africa.

A new cluster of research looks at how African coastal cities deal with the looming climate crisis, and how a host of variously situated, unequal actors remake and adapt the city, as part of the SNF-funded project PRECURBICA: Precarious Urbanisms in Coastal Africa. Starting in 2022, PRECURBICA centres African actors on the same analytical plane as the ‘global’ urban planners and policymakers that typically dominate these debates. Rather than seeing urban ‘precariousness’ as an endemic condition that mires African societies in a position of dependency, the project takes it as an invitation to uncover strategies of living and making the city in the face of looming crisis, and learn from these. The project is coordinated by Jon Schubert, who is looking at post-cyclone reconstruction in Beira, Mozambique. Within the project, Ambre Alfredo will do research in Cotonou, Semhar Haile in Freetown, while Natalie Schöbitz will explore processes and possibilities of radical incrementalism in Mombasa.

Research on camps, borders, and the infrastructures of migration management also significantly shapes our programme. Maren Larsen’s dissertation explores the city-making, home-making, and world-making potentials of UN peacekeeping camps in Eastern Congo, as part of the SNF-funded project Making the City: Agency, Urbanity, and Urbanisation in Ordinary Cities. A collaborative research project, led by Bilgin Ayata and co-coordinated by Kenny Cupers, explores the newly implemented EU hotspots. Funded by the Swiss Network for International Studies, the project explores how such migration infrastructure reshapes the Mediterranean border regime. Within this project, Alaa Dia’s dissertation explores the design of the hotspots as a new type of bordering device and humanitarian space. Emilio Distretti, together with documentary-photographer Mimi Mollica developed a research project across Sicily and Tunisia that reads contemporary migrants’ deaths at the Mediterranean Sea borders as part of the longue durée of Europe’s colonial history.

A growing area of research explores how design shapes urban, transnational, and planetary politics. Kenny Cupers’ research and forthcoming book focus on German colonialism to reveal how conflict over land in Africa and the borderlands of central Europe shaped modernism. Manuel Herz’ construction of public health and education infrastructure in Senegal, funded by the Josef and Anni Albers Foundation rethinks the practice and implications of design in a Southern context. Future work on this thematic includes, in collaboration with Claudia Mareis (FHNW Academy of Art and Design) and Orit Halpern (Concordia University, Montreal), Kenny Cupers’ new project analyzing how design influenced and changed political thinking and governance in the second half of the 20th century. Funded by an SNF Sinergia grant and starting in spring 2020, the project brought together over a dozen researchers with the aim to open a new field for interdisciplinary design research. As postdoctoral scholars on the project, Laura Nkula-Wenz is building on her experience researching the diverse and situated expressions of creative cityness in Cape Town to explore ‘design for development’ as an emerging governing paradigm in post-apartheid cities, and Michelle Weitzel, who worked on the project until August 2022, focused on resilience in Israeli/Palestine security design. Kenny Cupers will be working on Eurafrican afterlives in infrastructure design.